Idolater said:
I responded to the post right above mine. Ukraine was specifically excluded.
Click to expand...

LOL. Ukraine was excluded when Lithuaia's actions are tied directly to the Ukraine war. Ypu're as big a troll as AB, UN,and anna.

ffreeloader said:
Another update from Patrick Lancaster on what is happening in Eastern Ukraine, in the Donbas.

Posted it with you in mind.

ffreeloader said:
Posted it with you in mind.
Click to expand...

That says more than you realize.

Video has emerged that appears to refute Russian propaganda suggesting that a missile strike on a shopping mall in Ukraine never happened. At least 18 people died and about 60 were wounded in the Monday strike, according to Ukrainian officials, but Russia claims it only hit a legitimate military target near the mall.

Video from security cameras in the area clearly caught the moment when Ukrainian President Volodymyr Zelenskyy says a Russian X-22 cruise missile slammed into the shopping center in the central city of Kremenchuk. A shockwave ripples across the area just before people in a park are seen falling to the ground and fleeing for cover.

Emergency workers were still searching through the wreckage of the shopping center on Wednesday, with about 20 people still listed as missing.

Zelenskyy shared another video that he said showed the X-22 rocket — a long-range cruise missile designed in the former Soviet Union to sink American aircraft carriers — flying at an angle into the mall, sending a huge fireball and debris flying in all directions. . . .

The security camera videos appear to debunk Russian propaganda spread online suggesting the attack was faked and that the Russian military only hit a military facility near the shopping center. Various Russian accounts have suggested the site targeted was a depot stocked with Western-supplied weapons or a base for Ukrainian military vehicles.

CBS News visited the facility just north of the mall, however, and found an asphalt factory. We met Mykola Danyleiko, chairman of the board for the Kredmash Road Machinery Plant, which mixes asphalt to pave roads.

"It's fake," he told CBS News of the Russian claims. "They said we send products from here by railroad. Do you see a railroad?"

The cement plant was hit by a missile on Monday, too, but there was no railway there. 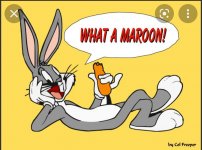 "Be polite. Be professional. But have a plan..."

Idolater said:
Not as big as the jetliners which struck the Twin Towers of the World Trade Center on 9/11

What do you mean, now what?

The missile video debunks Russian propaganda which claimed the strike was faked. The larger picture is that Russian propaganda is very actively seeking to obscure what they're doing in Ukraine. Comparing it in size to jetliners seems facile, so what's your point?

Idolater said:
Not as big as the jetliners which struck the Twin Towers of the World Trade Center on 9/11

Do you believe that obvious Photoshop?

https://twitter.com/i/web/status/1542830947791413249
. . . . It is this truth that is being meticulously hidden from the Russian public. Since Vladimir Putin launched his invasion in February, more than 3,000 websites, both Russian and foreign, were blocked by the government censorship agency by early May for violating its order to only report “official information” — that is, the Kremlin’s propaganda message — about the war. More than 200 media outlets have been blocked or shut down altogether — among them Echo of Moscow radio, TV Rain and the newspaper Novaya Gazeta, which have stood as the last major bastions of media freedom in Russia. (Novaya Gazeta’s editor in chief, Dmitry Muratov, was last year’s co-recipient of the Nobel Peace Prize.)

Parallel to his stuttering invasion of Ukraine, Putin has conducted a highly effective blitzkrieg against what remains of political freedoms in Russia, turning his regime from highly authoritarian to near-totalitarian almost overnight. As someone who now has to endure Orwellian “news” programs on Russian state television on a daily basis, I can judge for myself the skillfulness of the Kremlin’s propaganda machine, which successfully manipulates tens of millions.

This is a point worth stressing — especially to those Western commentators who continue to play into Putin’s hands by uncritically repeating Kremlin claims of “overwhelming public support” in Russia for the war. The fact is that most Russians are not aware of the horrendous war crimes being committed by Putin’s forces in Ukraine.

Propaganda is not the only reason; repression is another. Anyone who publicly criticizes Putin’s war in Ukraine could face arrest and years of imprisonment — as I now do under one of the hastily instituted new articles of the criminal code. There are already more than 200 criminal cases connected to antiwar protests or the “distribution” of antiwar information — and more than 2,100 cases under the parallel defamation clause in the code of administrative offenses. Those arrested or charged include journalists, lawmakers, mayors, artists, clergymen, teachers, police employees — and many others in Russia who refused to stay silent in the face of Putin’s aggression, even at the cost of near-certain imprisonment. In all, there have been more than 16,300 police detentions at antiwar protests across Russia since the start of the invasion.

annabenedetti said:
...more than 3,000 websites, both Russian and foreign, were blocked by the government censorship agency by early May for violating its order to only report “official information”
Click to expand...

Sounds like the ban-happy lefties in the United States.